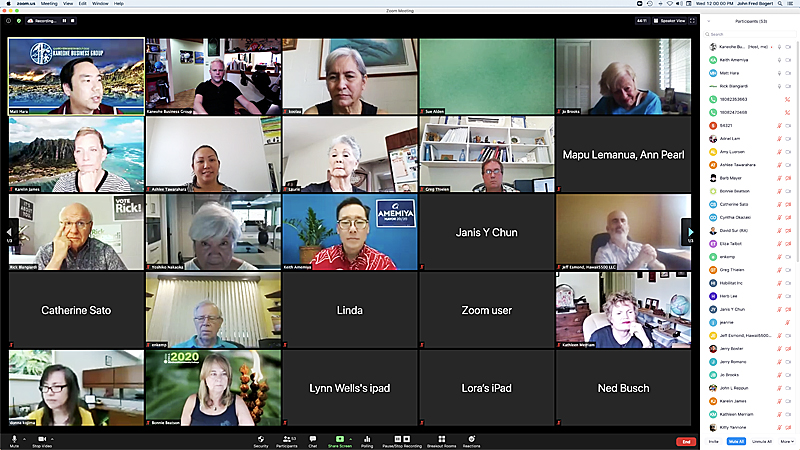 Rick Blangiardi is a former media executive who is well-known as being the longtime General Manager of Hawaii News Now. Prior to returning to Hawaii, he led TV stations in New York, Seattle, Los Angeles, and San Francisco. He also served as President of Telemundo, the country’s second-largest Hispanic network. Rick served in the U.S. Navy Reserve for six years and early in his career, was an Associate Head Football Coach and Defensive Coordinator at the University of Hawaii. Rick has been widely recognized for his leadership in and contributions to the non-profit community. Previously, he was the President of the Executive Board of the Boy Scouts of America, Aloha Council; Chair of the Chamber of Commerce of Hawaii; President of the Na Koa UH Football Booster Club; and has served on the boards of the American Red Cross, Hawaii Food Bank, Public Schools of Hawaii Foundation, YMCA, and many others. He is a Distinguished Alumnus of the University of Hawaii and has been inducted into the Hawaii Sports Circle of Honor. Rick holds an MEd. from the University of Hawaii and a B.S. from Springfield College. He is married to wife Karen and has three adult children: Matt, Ryan, and Laura.

Keith Amemiya served Oʻahu as a community leader, nonprofit executive, business executive, and lawyer over the last 30 years. Keith was born and raised on O’ahu. For 12 years, Keith served as the executive director of the Hawaii High School Athletics Association. In 2009 during state budget cuts that threatened public high school junior varsity sports, he spearheaded the “Save Our Sports” campaign that successfully kept athletic programs afloat. To this day, Keith has elevated high school sports within communities and state government as a way to address educational inequality and profoundly impact students’ lives. Keith was most recently the Senior Vice President of Island Holdings. He also served as the University of Hawaiʻi Board of Regents as Executive Administrator and Secretary and a civil litigation attorney. He has served on many community boards, including the Honolulu Police Commission and the Hawaiʻi State Board of Education. Keith lives in Pauoa with his wife, Bonny, of 24 years. Their son, Chris, recently completed his second year of college on the mainland.