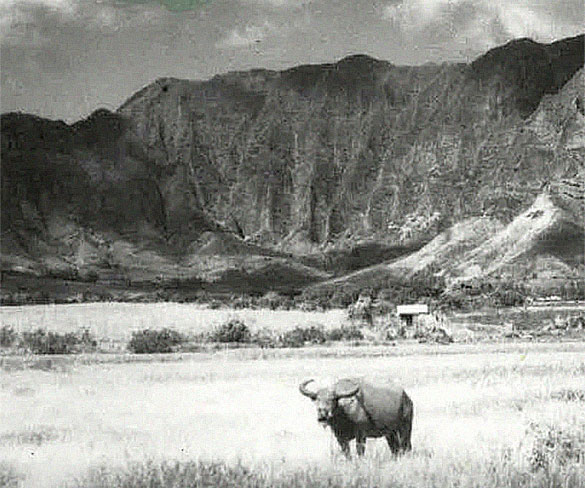 Aloha KBG Membership: Kaneohe Magazine has a message for you!

“Since the first issue landed in mailboxes two years ago, Kaneohe Magazine has resonated with residents of this Windward Oahu community and many who have ties to it.  It’s as if the soul of Kaneohe has found its voice in print.

A self-described “old-timer,” Ted Sturdivant has been publishing magazines in Hawaii since 1968. His projects have focused almost entirely on the visitor industry. However, when approached about the possibility of starting a magazine for Windward Mall, he took a close look. The more he learned about the history of Kaneohe and the community, the more convinced he became that a publication representing Kaneohe’s past, present and future was not only viable, it was necessary.

With the help of fellow KBG member Bonnie Beatson, Marketing Director for Windward Community College, he organized a meeting to present the idea for the magazine to the wider community. They group described what they wanted to see: real historical content, real content about the community, and not just an advertising magazine. They envisioned passing on the stories of Kaneohe, its ‘āina, and its kama’āina.

As research began, Ted discovered more and more of the historical depth of Kaneohe, going back to the 1600s and 1700s, with the ali’i of the area, followed by the arrival of the missionaries, and the waves of arriving immigrants. So much could be told about the area that makes up the 96744 zip code, stretching past Kualoa Ranch to the north, along the bay past Kahalu’u and He’eia State Park, past Sunshine Gallery and the old Hygienic Market, sweeping through all of Kaneohe town and the Valley of the Temples above it, winding up at Aikahi on the Kailua end.

Although many probably envisioned that the cover of the first issue would be a glossy sweeping photo of the Ko’olau range stretching above the town of Kaneohe, a very different concept emerged. While completing the initial research the first edition cover concept emerged.  Ted uncovered a treasure chest of images at the Kaneohe Library: 5 binders of old photographs of the town from long ago. Among those photos was the iconic image that set the tone for every front cover that followed: a black and white photo from the 1950s of a water buffalo – standing alone in a rice paddy in front of the Ko’olaus.  It was historic, tasteful, and hinted at the compelling contents within.

From the beginning, it was a priority to find writers who understood the vision and concept, could give that true sense of place that Kaneohe desires, and bring professional, knowledgeable influence to the magazine. Kaneohe Magazine have covered a range of topics including the history and construction of the Pali Highway, the battle that ended at what is now the Pali Lookout, and tales of encounters with Night Marchers, the Dec. 7, 1941 Japanese attack that hit Kaneohe Naval Air Station before hitting Pearl Harbor, and a feature on Kanilea’s ‘Ukulele, a family business and musical influence in Kaneohe.

Readers have responded to these stories and others, and some have offered more information and details that only families who lived through the events would know. Some of the feedback Ted has received is that Kaneohe Magazine gives residents the feeling they’re allowed to peek inside someone’s attic of favorite keepsakes. Those authentic, fascinating stories of Kaneohe past and present keep readers excited to find a new issue in mailbox!

Along with mailing copies to every home, business and P.O. box with a 96744 zip code, copies are also available at over 87 locations in Kaneohe. In total, 25,000 copies are printed every issue.
In addition, due to overwhelming requests, if you live out of the 96744 zip code and want to receive the magazine, you can subscribe annually or order one copy at a time.
The magazine is supported by advertising, with a wide variety of sizes to fit any budget. The next issue covers Sept-Dec and the reservation date is Aug.14.”
Please contact Ted Sturdivant with inquiries. KaneoheMagazine@gmail.com.