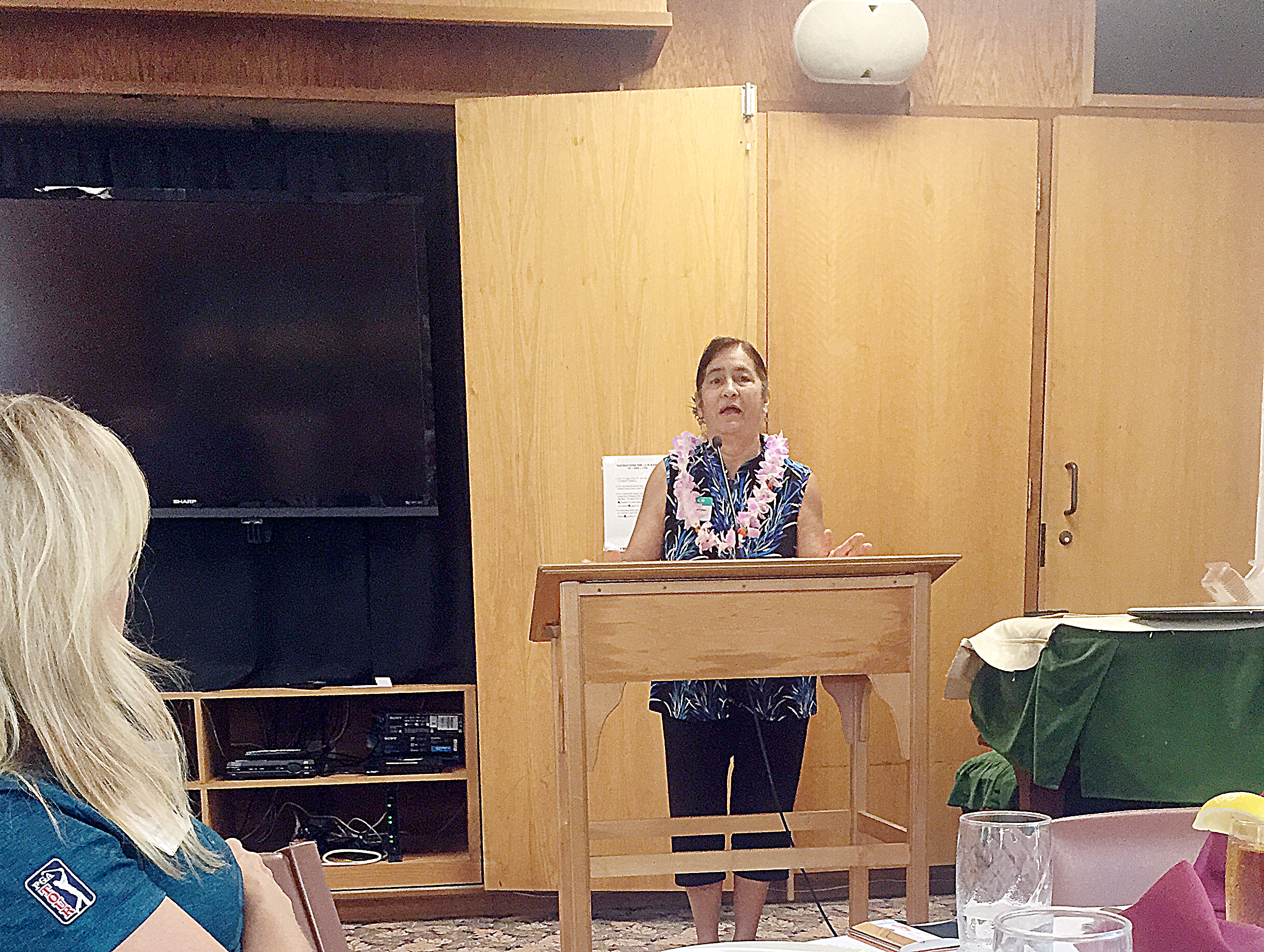 The Kaneohe Business Group had another fantastic luncheon event for its members and guests. New members were introduced and welcomed. It was our “Military Appreciation Day”.

We had a great duo of speakers from the The Ko’olaupoko Hawaiian Civic Club: Leialoha “Rocky” Kaluhiwa and Maharani Cypher.

Mahealani Cypher is the immediate past president of the Ko’olaupoko Hawaiian Civic Club, of which her family was among the founders back in 1937. She retired as City Clerk from the City & County of Honolulu in 2008 and currently serves as a member of the Kaneohe Neighborhood Board. Born and raised in Kaneohe, she has three children, nine grandchildren, and five great-grandchildren. She enjoys sharing the stories she has collected about the historic and culturally significant resources of the Kaneohe Bay region.

Leialoha “Rocky” Kaluhiwa is the current vice president of the Ko’olaupoko Hawaiian Civic Club and was born and raised in the He’eia area. A lifelong community advocate, she and her late husband Jerry Kaluhiwa were strong voices for the protection of the He’eia wetlands area and were instrumental in helping the group Kako’o ‘Oiwi to win a long-term lease for the 400-acre property from the Hawaii Community Development Authority. She has been reappointed by the Governor as the Oahu representative for the Aha Moku Advisory Committee, which advises the state on cultural practices affected by state rules and regulations.

Established in 1937, the Ko’olaupoko Hawaiian Civic Club includes members from Makapu’u to Waimea Valley at one time. Today, its membership comes primarily from the nine ahupua`a around Kaneohe Bay.  One of the largest of the Hawaiian Civic Clubs, Ko’olaupoko accepts members who are Native Hawaiian and those who are “Hawaiian at heart.” Within its mission statement is the dedication to “malama our members, their families and the communities in which we live”.

Aloha for a great event!